ICRL is soliciting proposals from theaters interested in coordinating some form of production, program, or activity that encourages audiences to understand the importance and centrality of consciousness in society and the natural world.  The specific structure of the theater’s activity – even whether it is performance-based – is left to the discretion of the proposer.  As guidance, consider the following questions:

The belief that physical reality is independent from consciousness is a perspective hobbling inexorably into the mausoleum of failed worldviews.  Whether one considers the decades of hard, scientific evidence established by the Princeton Engineering Anomalies Research (PEAR) Laboratory, the incorporation of consciousness into quantum mechanical models, the wisdom espoused by the scientific giants who founded quantum mechanics in the first place, or simply the personal experience of nearly every single person in the world, one thing is for certain: consciousness plays a pivotal role in the establishment of physical reality.

Unfortunately, most people are not familiar with the work of PEAR.  They do not have a working knowledge of quantum mechanics, nor have they read the writings of Bohr, Pauli, Heisenberg, etc.  In the face of centuries of materialist dogma insisting that consciousness is nothing more than an aberrant illusion borne of chemical reactions, most people have little to console their intuition that their life experiences are meaningful.  Those times when they knew something that “could not be known”, it was not just coincidence; their good intentions really did make a difference.  In short, people are more than deterministic biochemical machines.

ICRL seeks to reach people in a personal and meaningful way.  We want them to know that their experiences are not only reasonable, but scientifically validated.  And above all, we want to change culture such that these topics are as acceptable to explore as any other aspect of human experience.

We believe that people’s perspectives change because of local, face-to-face interactions.  Our horizons expand because of the experiences we share with friends, and the new ideas and perspectives that challenge the status quo.  As someone who brings new ideas to the community around them through performance, this is where you come in.

We are looking to partner with theaters to establish programs that have the capability of raising and exploring the topic of consciousness within their communities.  If you are willing to take these topics out of the shadows and share them with audiences, to give individuals the encouragement to recognize that their own consciousness is neither a fluke nor irrelevant, that their thoughts and perspectives really do make a difference in the world, then we want to support you.

ICRL anticipates providing approximately $10,000-$20,000 to a small number of theaters to enable them to promote a recognition of, and appreciation for, the role of consciousness in the establishment of reality.  ICRL is not constraining the specifics of how that impact is realized, whether it is the creation of programs, the production of relevant scripts, or any other approach the theater can envision.  We are looking for you to envision something bold and promising that we can make happen together.  We are not determining a priori how the funds will be allocated – whether it will be one $15,000 grant to a single recipient, four separate $5000 grants, etc.  That will be decided based on the proposals received.

The application process starts with a single-page proposal.  Tell us what you want to do, how you’ll do it, roughly how much you expect it will cost, and from where the necessary resources will come.  You really get only one page, so make each word count (you don’t, for example, need to tell us what we are interested in or why it is important – we already know that).  By the way, our eyesight isn’t that great, so using a tiny font is not going to endear you to us.

If your proposal is compelling, we will request a full proposal to lay out the details of your idea and convince us that you have the skills and resources necessary to make it happen.

To help you in developing your grant proposal, here are the questions that will be in our minds as we read them:

We will accept one-page proposals through February 29th, with all invited full-length proposals due by March 31st.  The short proposals will be reviewed in the order received, so there are advantages to submitting early, such as earlier responses back from ICRL (resulting in more time for you to prepare a full proposal, and potentially even to revise your proposal based on our follow-up questions), and not having your proposal lumped in with a huge rush of eleventh-hour submissions.

If you have an idea that you are eager to pursue, please send your one-page proposal to Jeff Dunne at submissions@icrl.org.  You will receive an email confirming receipt of your proposal within a few days.  If we feel your preliminary proposal is well-aligned, well-designed, and realistic, we will request a full proposal after that.  We want to be respectful of your time and energy, so please do not prepare or send a full proposal unless specifically requested.

Join us for our next Zoom Meetup on Saturday, January 22nd at 1 pm Eastern Standard Time. Our speaker will be Jeff Dunne, who will speak about "Language: The Ultimate Tool for Cleaving Humanity,” as he examines the limitations of language as a means of bringing disparate people together: What are the fundamental drivers that cause us to misunderstand one another, especially in situations where we are easily convinced that our understanding is solid?; and how can those limitations be overcome? 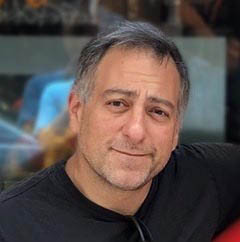 Abstract: There is perhaps no better reflection of the complexity and sophistication of humans than the languages they use to communicate. Ironically, however, the same tool that enables us to express and share complex ideas and feelings also carries the potential to create unparalleled rifts and confusion. As humans, we quickly forget that words are metaphors whose interpretations depend strongly on the life experiences of the listener, experiences that are almost never the same as those of the communicator. It is no wonder that miscommunication and misunderstanding have caused levels of pain, anger, and destruction that are at least as great as from instigators like greed and ideology. 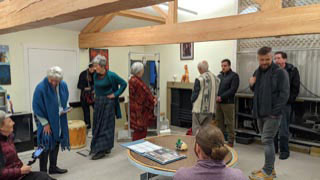 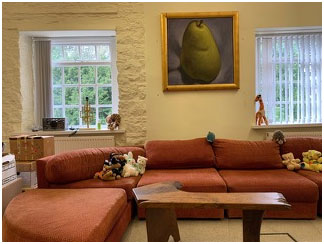 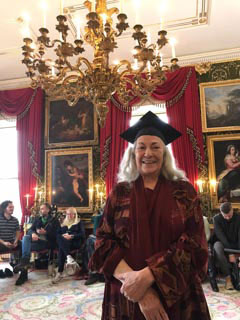