ICRL regularly hosts meetups in the Princeton, NJ area bringing interested people together to learn about and discuss a variety of interesting topics.  The currently scheduled meetups are listed below, and you can also find recordings of past meetups here.

Cancelled – We are sorry to have to inform you that due to the current coronavirus scare we will have to cancel Neal Grossman’s,  Jim Tucker’s, and Rollin McCraty’s Meetups, which will be rescheduled at a future date.

Our next Meetup will be on Saturday, March 28th, at the D&R Greenway Johnson Education Center, starting at 1 pm. Our guest speaker will be Prof. Neal Grossman, author of “The Spirit of Spinoza” and “Conversations With Socrates and Plato.”

Dr. Jim Tucker, the successor of Dr. Ian Stevenson of the University of Virginia’s Division of Perceptual Studies will join us on April 18th at the D&R Greenway Johnson Education Center. For many years he has investigated cases of young children who report memories of previous lives, and is the author of “Life Before Life” and “Return to Life,” which present overviews of his research.

And on May 2nd, we will welcome Dr. Rollin McCraty, executive vice president and director of research of the HeartMath Institute since 1991, where he has been studying the physiology of emotion, with a focus on the mechanisms by which emotions influence cognitive processes, behavior and health. This meetup will also be held at the D&R Greenway Johnson Education Center.

Please join us for the next ICRL Virtual Presentation with David Lorimer on Saturday, April 3, 1:00 PM (EDT)

Gnosis in a Future Science of Consciousness

You’re invited to join us for our next ICRL Zoom Meetup on April 3rd, at 1:00 pm Eastern Daylight Time (UTC-04), with our guest speaker David Lorimer, who will be speaking about "Gnosis in a Future Science of Consciousness.” 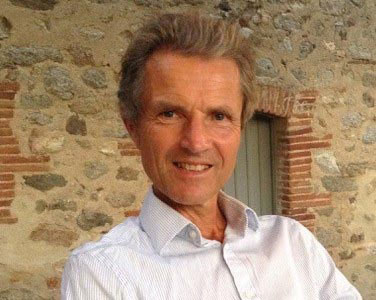 David is a writer, poet, lecturer, and editor, who is founder of Character Education Scotland, Programme Director of the Scientific and Medical Network, and former President of the Wrekin Trust and the Swedenborg Society. He has taught philosophy and modern languages at Winchester College, is a founding member of the International Futures Forum, and was a Trustee of the St. Andrews Prize for the Environment, among his many contributions and honors.

At the age of 24, David pressed the “Eject” button from his conventional career path in merchant banking and set off on a quest for wisdom and a deeper understanding of life. Since that time, he has devoted his life to education in the broadest sense, and his path has led him to the study of philosophy, meaning and spirituality, consciousness, death and transformation, and responsibility, ethics and society, and he has published over a dozen books that address these concepts. The last 50 years have seen the rise of interest in mystical and near death experiences and their significance for the nature of consciousness and reality. He suggests that these are one expression of no-dual gnosis that can give us an insight into deeper structures of consciousness where head and heart come together, pointing to an overall participatory approach beyond the dichotomy of subject and object.

David's newly published book, “A Quest for Wisdom: Inspiring Purpose on the Path of Life,” brings together 25 of his highly acclaimed essays examining the nature of life and death, questions of meaning and purpose, and the challenge of how we can live more harmoniously together. He hopes that readers will be inspired, as Dr Albert Schweitzer put it, in our common task ‘to become more finely and deeply human.’ 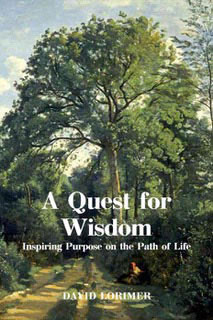