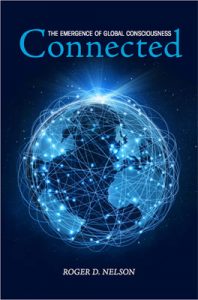 Roger Nelson runs the Global Consciousness Project (GCP), an international collaboration studying mass consciousness.  He conducted psi research at the Princeton Engineering Anomalies Research (PEAR) laboratory from 1980 to 2002, and while at Princeton, created the GCP in 1997.  Interests in psychology, physics, philosophy and the arts facilitate his research at the edges of what we know.  His focus is the subtle interconnections that define an emerging humanity.  Nelson is the author with Georg Kindel of Der Welt Geist: wie wir alle miteinander verbunden sind, published in 2018.