From a historical perspective, the decision to limit the boundaries of science from the original scope of natural philosophy to that of an objective universe provided a degree of focus that may have been functional at the time; science has certainly propelled the racecar of society forward at an impressive rate over the past few hundred years, and the boundaries of the objective universe undoubtedly represented a clear division between physics and philosophy.

That decision did not come without cost, however.  From the arising schism between mind and matter, today’s scientific community is increasingly dismissive of aspects of human experience that cannot be reduced to currently accepted equations of science, and often lacks both a) the insights that prior generations achieved through broader perspectives (such as theology and philosophy), and b) the moral compass to steer the racecar in directions that are actually in the best interests of society.

Of even greater concern, the scientific domain has become so fixated on matters of finance that much of today’s so-called scientific research flies in the face of the scientific method.  Data are filtered to support desired conclusions rather than drawing conclusions based on the observations themselves, and certain areas of research are viciously shunned simply because they explore hypotheses that contradict established dogma.  Scientists themselves often talk about how science has proven this or that, forgetting that science is a discipline that never proves anything, only fails to disprove current theories through continued questioning of those theories – and that the exploration of anomalies, new ideas, and new explanations was the very basis by which we have come so far.  In many ways, we are witnessing a return to the dark ages where those who propose new theories are treated as harshly as was Galileo for suggesting that the Earth orbits the Sun.

There is no question that the time has come for the modern scientific machine to get a good scrubbing.  But why a science of the subjective?  Didn’t the scoping of science to purely objective phenomena prove valuable?  Yes, but…

As the tools of science have grown in sophistication and resolution, as mountains of data have been quarried and mined for implications, we have discovered that restricting our attention to the purely objective universe has a fundamental flaw: there is no such thing as an objective universe.  We have discovered that the very structure and fabric of the world around us is influenced by this non-physical, non-objective thing called consciousness, and that the strength of that influence is much more profound than most people realize.  We have discovered that solutions to our equations that were dismissed as nothing more than mathematical artifacts – such as the capability for energy to propagate backward in time – are being shown to have validity, and to have the power to explain aspects of our universe that the traditional scientific models cannot.  We are finding that information is a real thing, with real consequences and implications, and wholly dependent upon the subjective for its existence.

In short, in order for science to move forward, it must face the reunification of the objective and subjective not as an either/or criterion, but as a spectrum of complementarity that is strongly dependent on perspective.

ICRL is dedicated to understanding what such a science of the subjective would be, and to exploring how to modernize the existing scientific tools, methodologies, language, and criteria to support its successful realization.

Please join us for the next ICRL Virtual Presentation with:
Stephan Schwartz on Saturday, July 24, 3:00 PM EDT (UTC-4)

The title of his presentation is “Mind Rover – Archaeological Exploration with Remote Viewing,” addressing the question “Can some aspect of human consciousness obtain sense impressions from a distant locale, the unknown past, or from the future, via an anomalous information channel that can be objectively validated?” 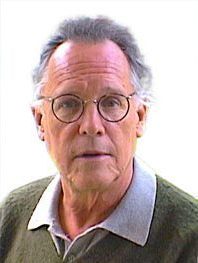 Stephan is a scientist, futurist, and award-winning author and novelist, a Distinguished Consulting Faculty of Saybrook University, and a BIAL Fellow. His daily web publication Schwartzreport.net covers trends that are affecting the future. He has been studying the nature of consciousness for over 40 years, particularly that aspect independent of space and time. He is part of the small group that founded modern Remote Viewing research, and is the principal researcher studying the use of Remote Viewing in archaeology. In addition to his own non-fiction works and novels, he is the author of more than 200 technical reports, papers, and academic book chapters, and has written numerous magazine articles for Smithsonian, OMNI, American History, American Heritage, The Washington Post, The New York Times, as well as other magazines and newspapers.