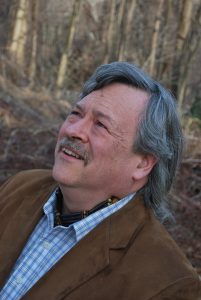 Professor Evan Pritchard is a descendant of the Micmac people (part of the Algonquin nations) and the founder and director of The Center for Algonquin Culture, a group of individuals across North America who are committed to educating the American public (including Native Americans) and exchanging a deeper knowledge of the culture, history, language, and wisdom of Algonquin people. The Center provides workshops, books, broadcasts, publications, classes, tours, websites, emails, concerts, maps, and pamphlets relating to Algonquin culture. He is currently Professor of Native American history at Marist College in Poughkeepsie, New York, where he also teaches ethics and philosophy.

Professor Pritchard is the author of many books, including the widely praised No Word For Time: The Way of the Algonquin People, Native New Yorkers: The Legacy of the Algonquin People of New York, and an Algonkian language series. He is also the founder of the Red Willow Society, Resonance Communications, and Roads To Awareness Seminars, and lectures frequently around the United States, sharing storytelling, traditional and contemporary songs, and bilingual poetry.