The Ordering Effects of Consciousness 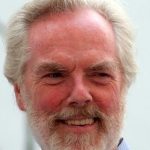 Roger Nelson is an experimental psychologist with a PhD from New York University, whose career has been shaped by a wide-ranging spectrum of interests. His background includes physics and engineering and a healthy dollop of the arts. After 8 years as a psychology Professor in northern Vermont, he was drawn to Princeton by an ad for a cognitive scientist interested in the lesser known aspects of perception. That unusual job description led to Roger’s tenure as Research Coordinator for the Princeton Engineering Anomalies Research (PEAR) laboratory at Princeton University from 1980 to 2002.

Roger founded the Global Consciousness Project (GCP) in 1997. It is a long-running international collaboration of more than 100 researchers studying world-spanning interactions and interconnections of consciousness. The Project uses the same technology as lab experiments studying the effects of intention on random devices, and field research on coherent group consciousness. The GCP asks broad questions – how far do the effects of consciousness reach; how big might a group consciousness be, what is implied by evidence for a global consciousness? Roger’s focus has been primarily empirical, but the work leads inevitably to the implications of research showing we are all interconnected, and prompts us to think about our potential for conscious evolution.

Dr. Nelson will introduce the technology and science, then give examples showing effects of globally shared emotional states and make some suggestions about meaning and possible mechanisms. Much of the time will be given to questions and discussion.

Meetup details: Saturday, April 21st, 2018, 1:00 to 3:30pm at the D&R Johnson Education Center, One Preservation Place (off Rosedale Road), Princeton, NJ. There is no charge, but a $15 donation would be welcomed.  Please register through MeetUp.com

Listen below for the podcast of the meetup: