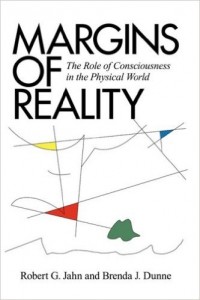 This pioneering work, which sparked intense controversy when it was first published in 1987, suggests that modern science, in the name of rigor and objectivity, has arbitrarily excluded the role of consciousness from its understanding of reality. Drawing on the results of their first decade of empirical experimentation and theoretical modeling in their Princeton Engineering Anomalies Research (PEAR) program at Princeton University’s School of Engineering and Applied Science, the authors reach provocative conclusions about the interaction of human consciousness with physical devices, information-gathering processes, and technological systems. The scientific, personal, and social implications of this revolutionary work are staggering. Margins of Reality is nothing less than a fundamental reevaluation of how the world really works.