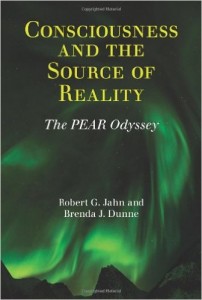 The title of this volume, intended as a sequel to Margins of Reality, conveys an important nuance in the PEAR research perspectives and aspirations as they have evolved. The authors now believe that the sundry anomalous physical phenomena that originally attracted our attention are deeply rooted in, and therefore significantly indicative of, a much more fundamental, profound, and ubiquitous metaphysical dynamic. Its ultimate comprehension holds far richer potential for human benefit than the more explicit phenomenological curiosities with which we began. In fact, this deeper perspective is arguably more portentous than that of the prevailing scientific paradigm which it challenges.

A deluxe hardcover version of the book with color illustrations, signed by the authors, is also available in a limited edition for $59.95, plus $8 postage and handling. To order a copy, contact us directly at info@icrl.org.