The Week’s Challenge Inspired By… 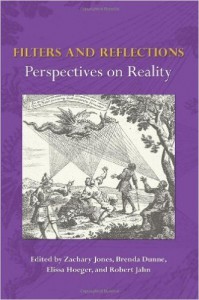 An essential theme of this book is that perspective plays a more active role in the formation of reality than we often recognize.  Alternately phrased, how we choose to look at and interpret our experiences can significantly impact the nature of the world in which we live.  In this challenge, create a play based on the following factors:

The winner of this challenge was Rex McGregor for his script, Crazy Planets, a story about Niclas Kopernik’s study of the motion of the planets and his relationships with the long-dead Hypatia and the not-exactly-dead Maria Paula.

The play was read by Keely Kurtas-Chapman, Eliza Pagel, and Zak Rosen, with stage directions and moderation by ICRL’s Jeff Dunne.  You can listen to the recording here: